Much of the recent debate around Kinder Morgan’s pipeline and tanker project has centered around vigorous debate between the provinces of BC and Alberta and the question or whether the project is in the national interest. Ultimately, this depends on what kind of economy Canadians want to invest in, and what kind of economic future we want to create. Because of these key questions, we are updating and re-sharing some of our previous research around what’s fuelling Canada’s economy and where Kinder Morgan’s pipeline fits in.

At the same time, over 800 businesses have joined together to raise concerns about investing taxpayer dollars in Kinder Morgan’s risky pipeline and tanker project at http://LetsMoveForward.ca

Overnight co-owners of a controversial pipeline

On May 29th, the Canadian government announced that it will be purchasing the existing Trans Mountain pipeline from Kinder Morgan for $4.5 billion and investing another $9 billion to construct the beleaguered pipeline expansion. In addition, the government has committed $2.1 billion in financial assurances for spills, and $1.5 billion to a new Ocean Protection Plan. In total, this project will cost taxpayers more than $17 billion.

What else could Canada invest in instead?

We did a quick investigation into what these federal funds could otherwise be spent on, and came up with three quick comparisons: 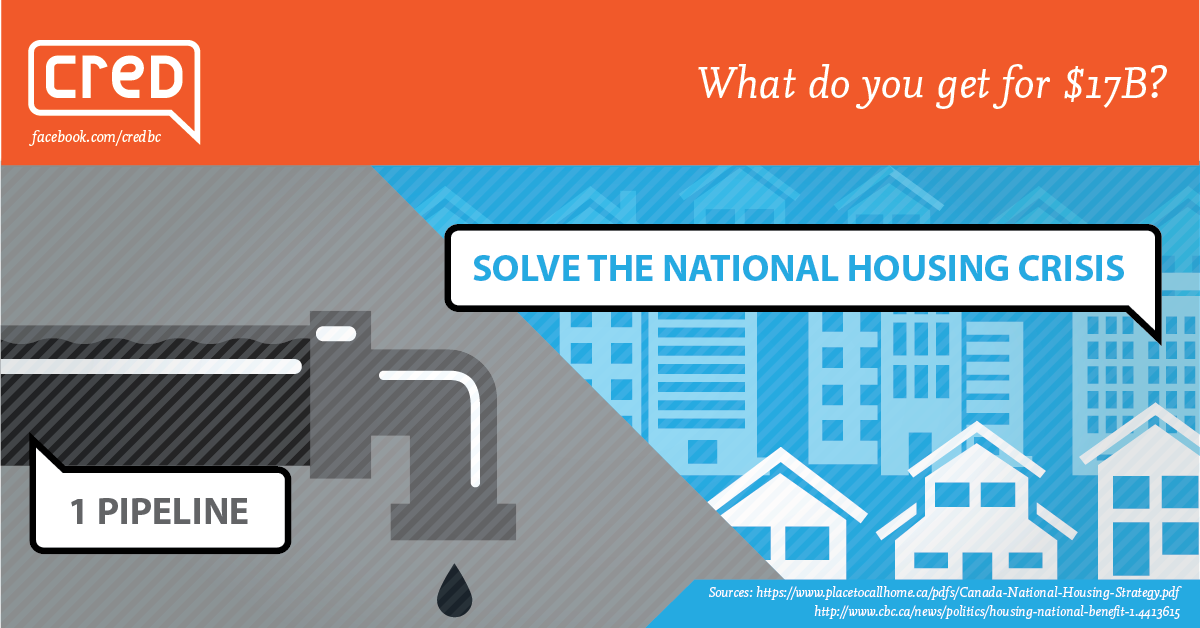 According to the federal government, a national housing strategy would cost $4 billion dollars a year, less than the cost of purchasing the existing Trans Mountain pipeline (let alone building the expansion). 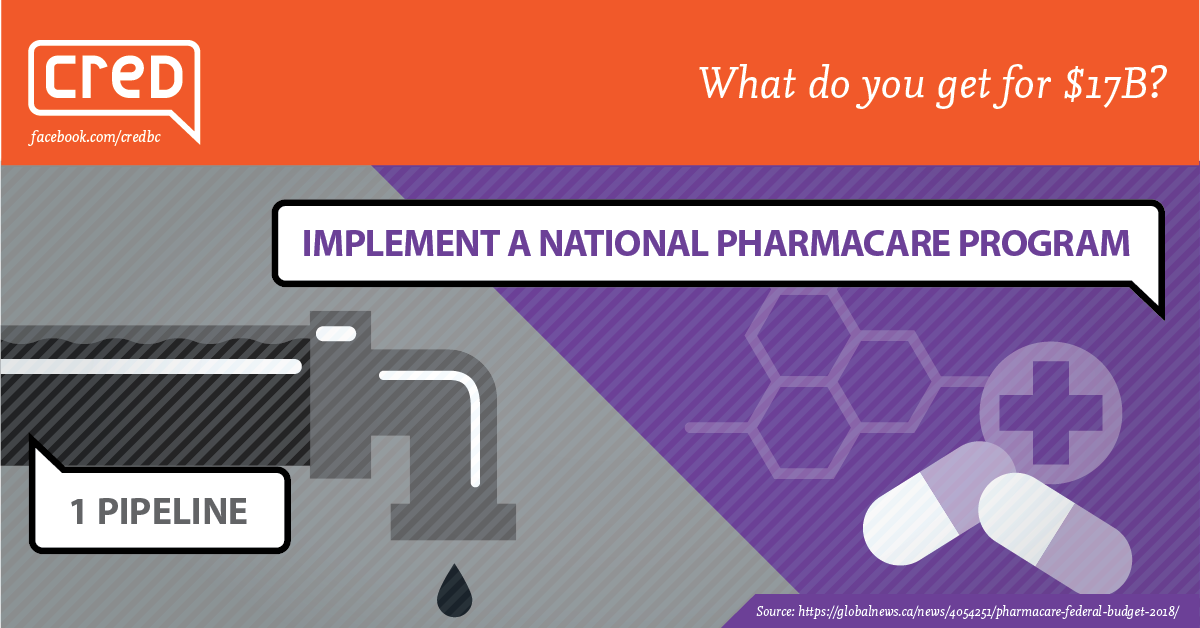 The $17 billion it will cost to buy and build the Trans Mountain pipeline won’t cover the entire cost of a national pharmacare program, which is budgeted at $19 billion, but it would cover the vast majority – more than enough to get it off the ground. 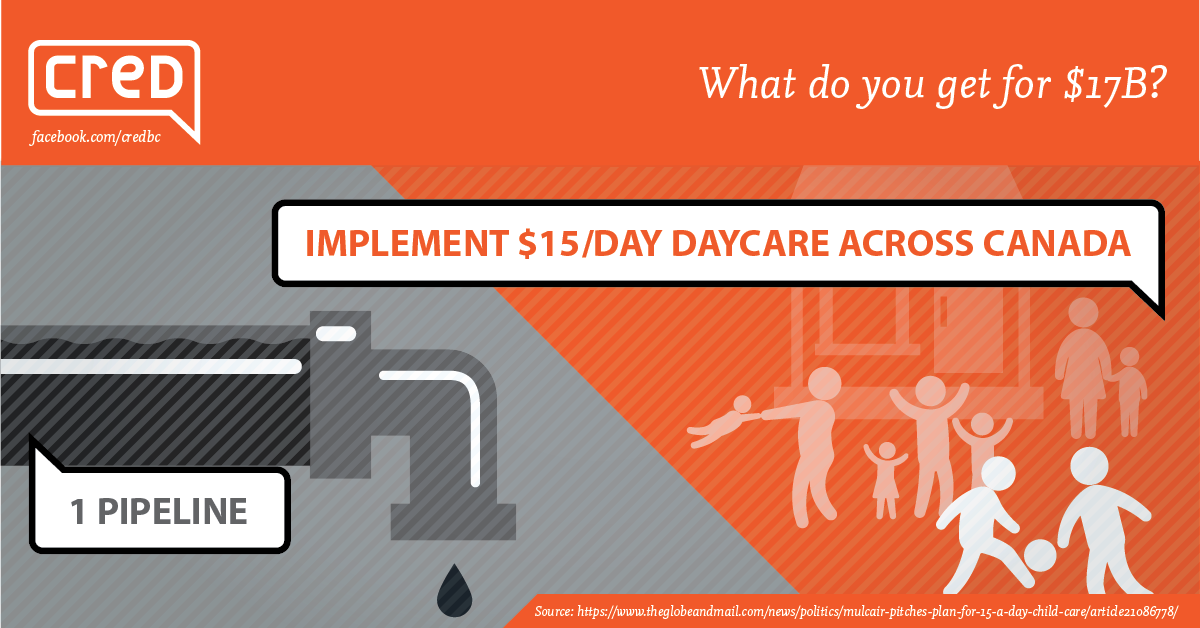 During the last federal election, the NDP calculated that it would cost $5 billion to put in place $15 a day daycare for every child in care across the entire country. Instead of giving a massive taxpayer bailout to Kinder Morgan’s pipeline, the federal government could fund over 3 years of universal affordable childcare.

And for the cost of this pipeline, not only could we provide clean drinking water to every reserve across Canada, but we could provide it in gold-plated taps.

So which kind of economy do we want to invest in?