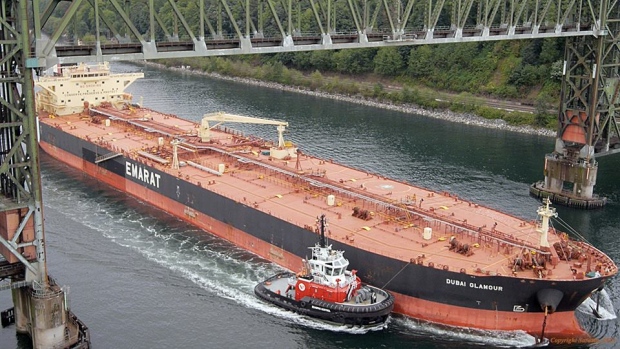 We let ourselves exhale a little when the Liberal government introduced additional pipeline review measures back in February. Three months later, we’re at a key moment where the National Energy Board’s role in the Kinder Morgan review is about to conclude, and the interim measures by the federal government are about to commence.

The National Energy Board will announce their decision later today on whether or not the Kinder Morgan pipeline should be built from Alberta through to BC’s coast. With the entire review process to date being criticized as unfair and unjust, many are expecting the NEB to endorse the project.

On the bright side, the recommendation by the NEB is not the final stamp; Cabinet will ultimately determine the fate of this project. Here’s what we know so far about what happens next: a new, three-member panel will consult with First Nations and communities along the pipeline route. Making up the panel are:

Additional details on when and how these consultations will roll out are still to be announced, but they’ll be led by the new ministerial panel.

This is the final phase of the review for this project that could shape our economy for 40 years or more, so it’s imperative that the economic case be scrutinized, as with any business proposal.

We’ve been hearing chatter about a potential alignment between premiers Christy Clark and Rachel Notley around the Kinder Morgan pipeline, where Alberta could buy site C power from BC, in exchange for BC endorsing the Trans Mountain Pipeline. Several articles have reported a change in tune from Clark’s formal opposition to the pipeline project and it seems that she is confident that any resource project in BC only has to meet its five conditions to get to a ‘yes’.

The same hopefulness to have both stringent environmental goals and investment in pipelines is coming from Trudeau, so all eyes will be on this new period of consultation to ensure all voices are heard and evidence reviewed. The Kinder Morgan pipeline decision is an opportunity to be a leader in climate change and player in the new economy. Will we invest in projects that spark innovation, benefit our growing industries, and keep up as the world moves to a low-carbon economy or will we continue with uncertainty and risk to BC’s coast in a slowing industry?