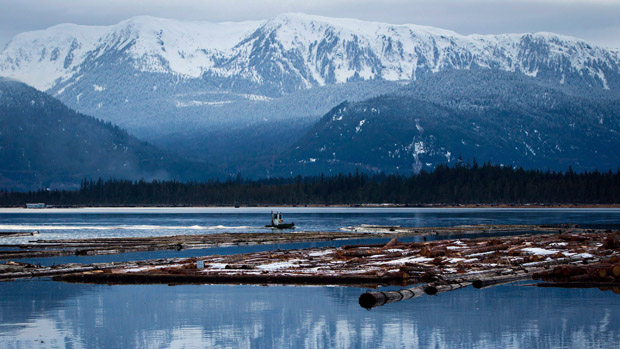 Big news – A BC Supreme Court ruling yesterday has set the Enbridge Northern Gateway bitumen pipeline project back a few steps. The court ruled that the BC government failed in their duty to consult First Nations when they signed an equivalency agreement regarding the assessment of environmental and social impacts of Northern Gateway.

The agreement that BC signed effectively waived the province’s responsibility to do an environmental assessment of Northern Gateway, putting the final say in the hands of the National Energy Board (NEB). Gitga’at First Nation and the Great Bear Initiative Society – representing coastal First Nations – challenged the province in court when they were not consulted prior to this agreement.

Where does that leave Northern Gateway?

The Supreme Court has deemed the equivalency agreement invalid for Northern Gateway. That means that although the NEB has approved the project, BC is now obligated to carry out a full environmental assessment and must consult with and accommodate the needs and concerns of First Nations. This essentially brings the project back to the beginning, though the province does not agree with that sentiment: Justice Minister Suzanne Anton has stated there is no need to duplicate the review process.  We will see how this rolls out in the coming months.

This will be an interesting challenge for Enbridge, the project proponent, as the clock is ticking on them meeting the 209 conditions laid out by the NEB, while at the same time attempting to secure contracts for the bitumen. This all speaks to the uncertainty of the pipeline project, and the overall challenges facing companies who want to extract and transport bitumen across our province.

While the company is stating that it is simply a ‘jurisdictional issue’ between the federal and provincial governments, they are well aware that statement belies the actual challenges that lie ahead – both in terms of process, as well as meeting the needs and expectations of policymakers and stakeholders.

How does this affect the Trans Mountain Expansion Project (TMEP)

Not only is this ruling a significant setback for Northern Gateway, it could mean changes for future pipeline projects, including the Trans Mountain expansion. The ruling affirms our provincial government’s duty to consult with First Nations, and it will also apply to the province’s obligation to conduct assessments in relation to five other projects, including the Trans Mountain Expansion. It is unclear yet if the equivalency agreement will also be voided for the TMEP, but it is perhaps the clearest indication yet of the importance of First Nations engagement in these reviews, and in the development of all industrial projects in the province which have a potential impact on First Nations.

Hopefully a diligent environmental assessment, as well as a revised National Energy Board and review process will be the norm for all energy projects as we continue to move towards a responsible, forward-looking and prosperous economy in BC.